The deal announced on June 24, 2020, is among the largest settlements ever in U.S. civil litigation. Negotiations were extraordinarily complex, producing separate agreements with 25 lead law firms whose clients will receive varying amounts. 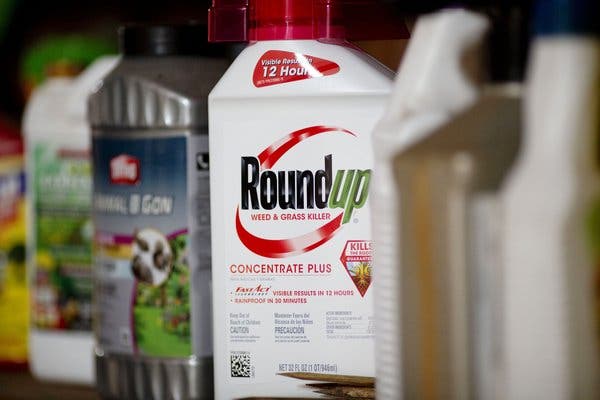 “It’s rare that we see a consensual settlement with that many zeros on it,” said Nora Freeman Engstrom, a professor at Stanford University Law School.

Bayer, which inherited the litigation when it bought Monsanto for $63 billion, has repeatedly maintained that Roundup is safe.

Most of the early lawsuits were brought by homeowners and groundskeepers, although they account for only a tiny portion of Roundup’s sales. Farmers are the biggest customers, and many agricultural associations contend glyphosate, the key ingredient in Roundup, is safe, effective, and better than available alternatives.

The company is taking a calculated risk that the benchmark settlement will largely resolve its legal problems. Bayer still faces at least 30,000 claims from plaintiffs who have not agreed to join the settlement.

The settlement covers an estimated 95,000 cases and includes $1.25 billion for potential future claims from Roundup customers who may develop the form of cancer known as non-Hodgkin’s lymphoma.

Werner Baumann, Bayer’s chief executive, said that the two critical conditions for a settlement were that it was financially reasonable and that it would bring closure to the litigation.

“We are totally convinced” this does both, Mr. Baumann said in an interview on Wednesday. There is money put aside for existing claimants outside of the agreement, he said, and a structure to deal with future claimants that could emerge.

Fletch Trammell, a Houston-based lawyer who said he represented 5,000 claimants who declined to join, disagreed. “This is nothing like the closure they’re trying to imply,” he said. “It’s like putting out part of a house fire.”

But Kenneth R. Feinberg, the Washington lawyer who oversaw the mediation process, said he expected most current claimants to eventually sign on to the settlement.

Bayer said the amount set aside to settle current litigation was $8.8 billion to $9.6 billion, including a cushion to cover claims not yet resolved. It said the settlement included no admission of liability or wrongdoing.